An EAGLE cam job is available (Jul 2016)
Transfer your fabrication data in a save way. Watch a short demo session of our Eagle CAM job using an Arduino demo board.

RELEASE TRM 2.1 (Apr 2016)
-TRM progressed from 1.x to 2.x. In particular the import of Gerber data from Mentor Graphics, Cadence, Pulsonix and other CAD software is ensured. TRM is open to user of any CAD vendor. Additionally it is interfaced to Altium Designer.
- TRM 2.1 (video) offers more than just a calculation of temperature or DC voltage drop. Voltage drop and temperature are influencing each other: the higher the temperature the lower the electric conductivity of traces is. Heat could come from components or the traces themselves. In an extreme situation the process escalates to melting of a trace. These analysis capabilities exceed what more expensive PDN software of many other vendors do provide.
-Temperature is not only a product of heat sources but is determined in equal measure by ambient cooling conditions. TRM2.1 has got 3 new physical cooling models: radiation exchange with nearby walls, localized radiation thus weighting hotspots and cool areas and radiation into vacuum. TRM is suited for rack mounted PCB and aerospace applications.
- IDF files are a true alternative if in drill files the holes are shifted or if tools table and format are missing. TRM2.1 can read drilled holes from IDF but also pins with assiciated component names. Pins can then be brought into the component table for an easy assignment of electric properties.
- For an overview please watch this TRM2.1 video.

TRM Distribution and Support in the USA (May 2015)
Thermal Management LLC (Denver, CO) is a new sales and technology partner in the United States and Canada.

Assign current to pads in AD and export net and pad information for TRM.
- 3D viewing

TRM Distribution in France (Nov 2014)
EDA Expert in Paris is our new sales partner in France:

Simulated top and bottom thermographs due to solder wave transition. Please contact us to see more. 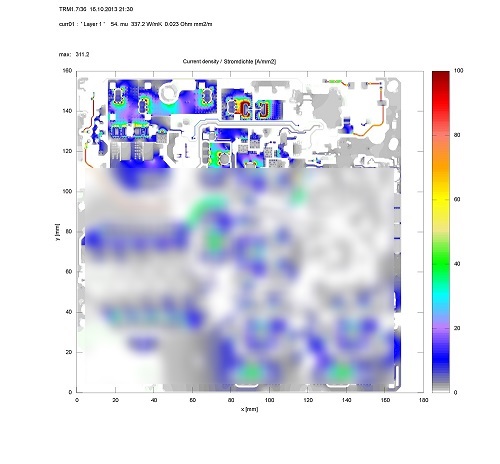 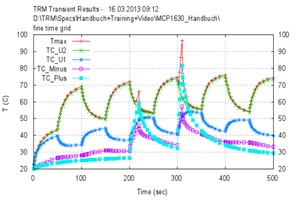 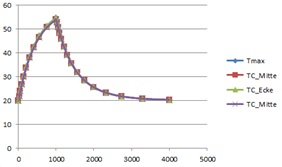 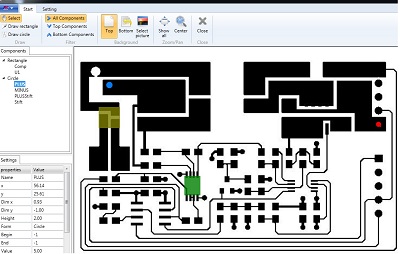 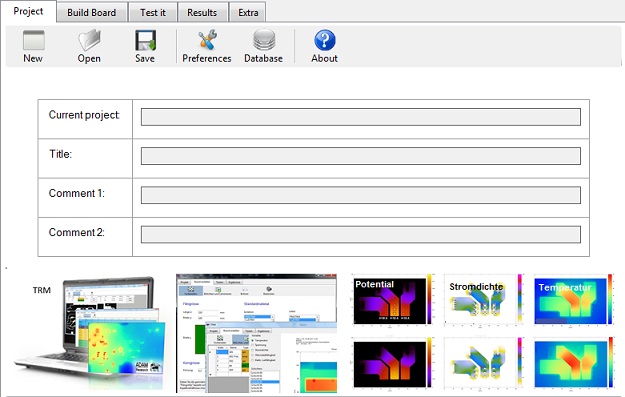